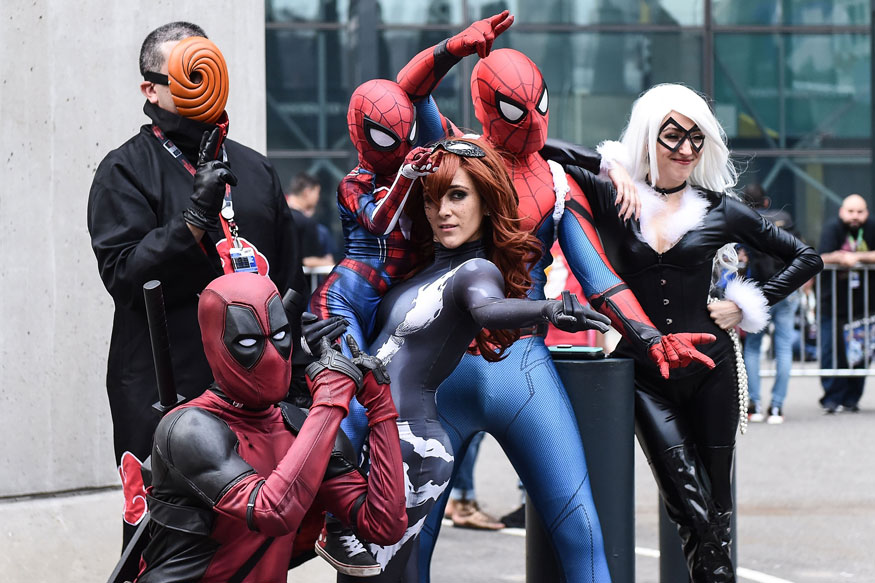 Cosplay is a new trend that arises from lovers of the world of anime and manga who play their respective idol characters, although at the beginning of its appearance it looks quite strange but along with the development of the cosplay world, now we can see quite a lot of characters played by cosplayers. Cosplay, which stands for costume player, is not just a player who plays characters or characters according to the clothes he wears,

But more than that because cosplay is actually an incarnation of ordinary people or in this case anime and comic lovers who then try to become characters the idol. This is what makes cosplay and comic con has a very related relationship, one another, in the comic book convention that always raises and discusses the world of comics and science fiction movie characters is a place that is very suitable for cosplayers from all over the world.

As a visitor, you will meet so many cosplayers who attend comic con. Here cosplayers will be scattered throughout the event, some of which may be your favorite characters both in comics, movies and games. The comic con event can be even more crowded when it reaches the peak of the cosplay contest that takes place where there are cosplayers who have been named the best cosplay according to the nominations given by the organizers of the comic con event, you can also become part of the cosplayers in there, but of course your cosplay work must go through a preliminary assessment of whether or not you are worthy to compete with other cosplayers in accordance with the categories previously made.

So, for those of you who want to show your love for anime or comic characters, comic con is the right place for you. Besides that you can gather together with the comic and anime enthusiasts there, share your story with them for the fun you have never gotten to come to the comic con event before.

If you are into cosplay and want to wear your own cosplay, then comic con is a place that are recommended to go. Of course make sure to prepare all of the necessary things for your cosplay so in the event you will be able to present yourself in the crowd. You can even make friends with other cosplayer in the event which is plus and a benefits for you.